FROM THE PATHÉ BABY TO THE AGE OF REASON 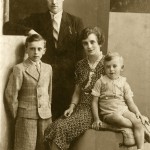 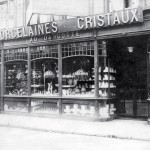 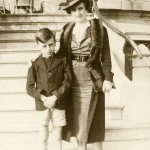 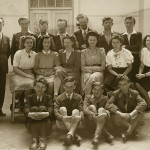 May 10th 1940, Second World War. On that day, the Wehrmacht launched its divisions to attack Belgium. The city of Ostend is bombed. In that turmoil, a twelve year old boy learns about bombs, exodus, horror and death. Little Raoul will, in 24 hours, lose his childhood innocence, to become the adult Raoul Servais.

Raoul Servais was born in Ostend (Belgium) on May 1st 1928. His parents ran a chinaware and cristalstore on the ground floor of a large building, a former 18th century hotel, at which, people said, Napoleon Bonaparte stopped over before visiting his fortifications. It has vast cellars and even a secret passage. For little Raoul it’s a place full of fantasies.

Father Servais is somewhat an eccentric, with an inclination to science and technical inventions rather than to selling chinaware. On Sunday afternoons he shows 9.5 mm films for little Raoul on their Baby Pathé projector. Charly Chaplin, Charles Vanel and Felix the Cat: a short film, a feature and … an animated film.

At that time, the Interbellum, thousands of Spanish Republicans arrive in Belgium, to join the Jews and all those chased by the ‘hideous beast’ of fascism. Raoul arrives at the “French” section of his school. He is one of the three Flemish pupils of his class, where various idioms are practised, but where the (Flemish) teacher only speaks French. Spending his time with Basque refugees, German and Austrian Jews, Italians, sons of British diplomats and even an Australian, Raoul explores the world without leaving his hometown. “These encounters with young foreigners have greatly widened my scope. Thanks to them, among other things, I have never felt the temptation to adhere to any kind of nationalist ethics.”

Chinaware and bombings obviously do not match. His parents lose all their possessions in the bombardments on Ostend, and father Servais is forced to go begging and making loans to avoid being arrested.

Secondary school is not really Raoul’s cup of tea. The Ostend college does not appreciate his far too exclusive predilection for the arts. His aversion from mathematics is severely punished by his teacher – with Nazi-sympathies by the way.

The Liberation is an intense moment for the sixteen-year-old, who had grown afraid of being sent into forced labour in Germany. Servais takes a job as assistant decorator at the ‘Innovation’ in Ghent, an important department store chain. He draws and his work is appreciated. He is offered double salary if he would stay but he declines. What he wants is a thorough education and a diploma.